Students’ visit at the Supercomputing Center and HPC Lab in Lecce

OFIDIA2 at the European Cooperation Day 2019

The Interim Meeting has been a chance to emphasize different aspects of fire prevention in the cross-border area. Main topics dealt with:

– Discussion about the FireAware application developed by CMCC to raise awareness of forest protection in the general public and the need to be disseminated by the Greek partners.

– Introduction of the outreach activities taken by CMCC with workshops organized in primary schools of Lecce. It was pointed out that also the Greek partners will produce brochures in Greek, posters, professional videos and will organize workshops in Ioannina and also additional cities of Epirus.

– Description of the steps taken by CMCC to develop weather forecast models based on the WRF model, with the goal of providing grid size 2x2km for the Apulia area. Modelling is faced with the challenge of predicting the wildfire propagation in Apulia depending on weather conditions, vegetation, and ground terrain.

– Presentation of the steps taken by the Meteorology Lab, UoI to model the weather using the WRF model.

– Description of the infrastructure to be developed by DAEWM, which includes a camera network of 12 HD video cameras, 6 weather stations, 2 off-road vehicles to patrol the area and maintain the infrastructure, 2 drones, 1 infrared camera, and several computing devices.

– Live view demonstration with a mobile phone and a tablet from the 3 cameras that were installed in the Ofidia1 project back in 2015 and remain functional until today at the locations Tsouka Rossa, Ronitsa and Aspraggeloi in the regional unit of Ioannina. It was also pointed out that the camera specifications made them very robust and able to withstand the high temperature conditions during the summer.

– Presentation of the computing infrastructure that is expected from Ofidia2 and how it will be combined with the computers from Ofidia1 to provide increased processing power and storage capacity.

– Demonstration of the applications that the UoI team developed after extensive consultation with the Fire Corps of Epirus. The weather forecast was demonstrated over the map of Epirus using colored layers. The weather forecasts are stored in a database and used to filter fire risk according to empirical criteria. Then, a map with weather stations was shown, from the Meteorology Lab and Internet sources. Data is stored in a database and can be visualized in the form of timelines for one or multiple parameters and across one or several years.

– Introduction of a tool developed by UoI to visualize the recorded fires of Epirus with flexible interface with geospatial filters and burned area outline. The tool includes information about the fire suppression resources used and multimedia data gathered from the field.

– Illustration of the details of the workflow used by CMCC to compute the weather forecast based on the WRF model and the fire danger indices. CMCC uses the Ophidia Framework, a CMCC research effort addressing data challenge for eScience and publicly available on github. CMCC uses the Ophidia Framework to orchestrate the computational steps and the dependencies among the different tasks in order to generate fire danger indices and maps based on the weather predictions. The Ophidia Framework has been basically developed for pre and post-processing analysis.

– A demo of the fire danger indices maps was shown, based on the Forsberg, Canadian and Ichnusa indexes generated from the WRF weather predictions (2×2 km) and this development is in the validation phase. Moreover, a demo of the monitoring dashboard was also shown. This dashboard is related to the Ofidia1 network

– Presentation of the FireAware mobile application, and description of the main aim, how to use it to raise citizens’ awareness of fire danger and the last developed features ready to be released: the Greek version and the possibility for users to also send a picture of the fire together with other information.

– The partners also discussed the possibility of requesting a project extension beyond March 2020 until October 2020 and probably a budget increase.

The meeting went on at the dinner location where the participants continued the discussions about the ongoing activities at their organizations and ideas for the future. 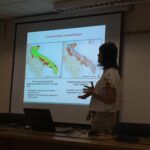 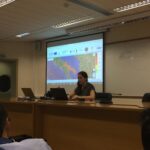 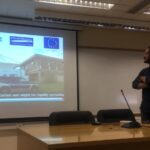 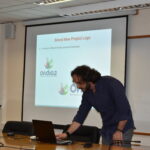 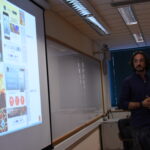 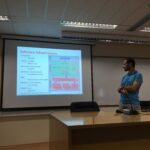 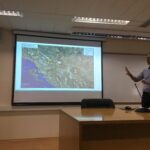 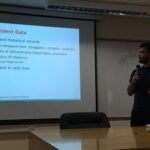 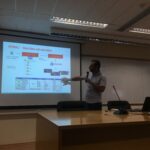 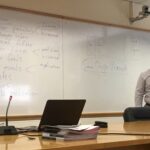 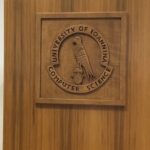 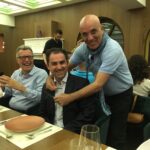 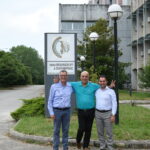 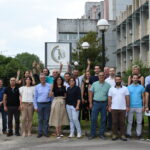 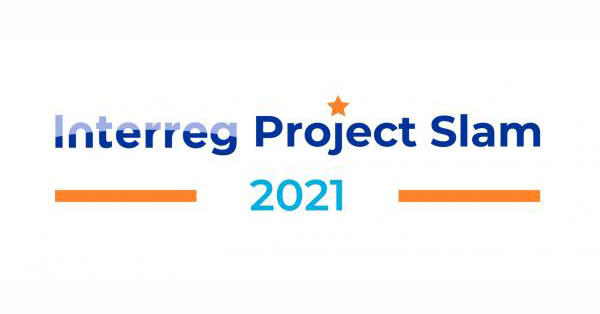